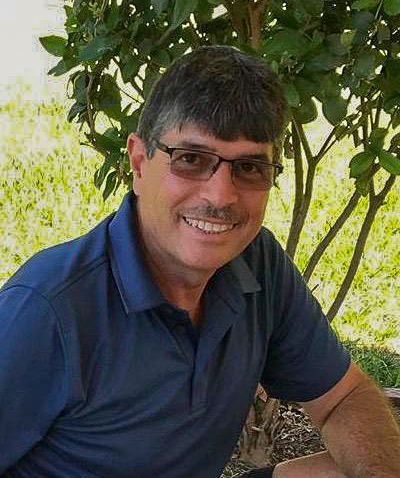 With great sadness we write to inform you of the passing of Amin Shurrush. He and his wife, Jane, who works within our SERVE Nazareth team, were involved in a roadside accident this past week. Jane sustained several injuries and is recovering at Nazareth Hospital.

The loss of Amin has been felt deeply throughout the Nazareth Trust, where he made a tremendous impact over the better part of three decades. He joined the maintenance team at the hospital in 1994 and served there for 24 years before moving to Nazareth Village three years ago. Village Director, Maha Sayegh, describes Amin’s daily efforts as having been essential to the project’s growth.

Upon joining the Village initially, Amin quickly found his way into the hearts of the team with his kind nature and unwavering commitment to his job. To discuss a project with Amin was to consider it done. Maha reflects that this was often literally the case, with her experienced technician always a step ahead when it came to planning.

His eagerness to excel in the workplace did not prevent Amin from looking out for his colleagues. He had their backs and could be counted on to evoke a smile during even the most challenging of times. He never missed an opportunity to serve, and for his service and kindness leaves a great legacy at Nazareth Village and the hospital where he worked before.

Maha’s sentiments are echoed by Amin’s former boss at the hospital, Nassim Eid. He remembers the way that Amin was able to bridge divides between people, a truly invaluable gift within any team. Mostly he did this by setting an example himself; he was quick to resolve disagreements with words when they were needed.

Amin took it upon himself to bring his colleagues together, almost always in attendance at social events and often the organiser of gatherings himself. He was considered by all a trust-worthy confidant and a wonderful friend. He loved his family dearly and took great joy in spending time with his grandchildren.

Aside from his work in maintenance, being married to Jane meant that Amin was also involved with our SERVE Nazareth volunteers. Some he took on to assist with projects at the Village, while many more he met over coffee or a meal in his own home. He made time for them, as he did for anyone in need. Having lived in the United States himself, he helped to bridge the culture gap for so many. Christine Farah, Jane’s colleague at SERVE and Director of the programme, reflects on how the volunteers found him easy to talk to, his manner warm and welcoming, his smile reassuring. He joked light-heartedly. He made them feel at home.

These few words are but a glimpse into the heart of a man who simply cannot be replaced. Amin will be missed terribly. We thank God for the time he gave Amin, and for that which Amin gave to us and all who encountered him. He will always be remembered at the Nazareth Trust.

Lastly, please keep Jane in your prayers, as well as their two children and the rest of the Shurrush family. Following the accident, Jane was taken to Afula and then transferred to our hospital on Friday, where we are grateful to have her in our care. She faces surgery in the coming days and a long period of recovery thereafter. The family has already expressed the profound feeling of support they are experiencing knowing that they are in the prayers of so many around the world. May we continue to lift them up to the Lord as a global community of Christ.